Take a very close look at this photo. 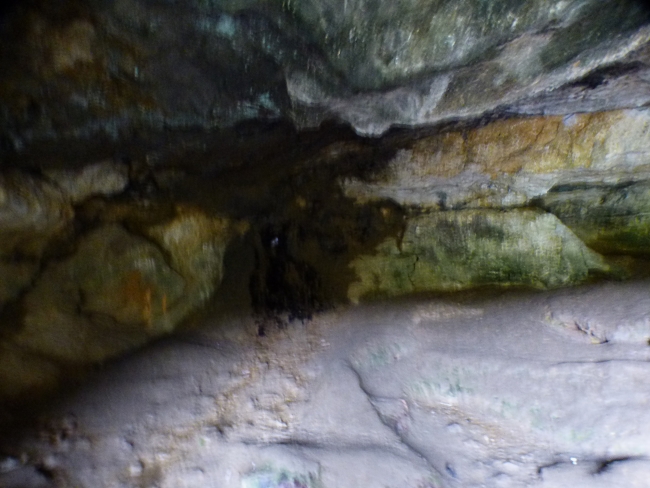 Can you see that dark creature? It’s staring back at you. See its eyes?

Don’t look away from it. Stare at the creature for at least five seconds and you’ll see exactly what it is.

Here, take another look. Remember, look at it for at least five seconds.

Did you stare at it for at least five seconds?

Did it reveal what it was to you?

Did you notice how it moved slightly?

No? Then take a final look. Remember, stare at it for at least five seconds. Providing you do, then you’ll see it move slightly and reveal its secret.

Did it work? No? Then I’m going to have to tell you.

You see, that creature is the creak of the door. It’s that faint sound you hear in the middle of the night that wakes you up and makes you freeze, unable to move. It’s that feeling that terrifies you even though you’re not sure you heard a noise.

That creature only sleeps on the night of Halloween. That’s the one night you can rest, knowing that you’ll be safe…unless…you stared at the photo for more than five seconds.

Did I not mention to you that the photo is cursed and that nobody should stare at it for more than five seconds or have read to this point of this post? Now you’re cursed. You see, that creature is me. I’m right behind you, right now! Whatever you do, don’t look behind you. In fact, never ever look behind you ever again. Never! You see, if you do, then…

I am the creature.

Written in response to Sue Vincent’s The Thursday Photo Prompt #writephoto – Over at The Daily Echo.

Hello, and welcome to my blog, Hugh's Views & News. Click on 'Meet Hugh' on the menu bar to find out more about me and my blog.