In September 2015, when my mother passed away, both my brother and I were with her as she took her final breath. I remember thinking how beautiful she was. She’d been in a deep sleep for nearly a week and, over that week, she seemed to age quickly. But during the last ten minutes of her life, beauty and youth came back to her.

Can people nearing death hear us?

The medical staff told us to talk to Mum while she slept. ‘She’ll hear you’, were their words, but how could they have known? Had they once been near death’s door where they witnessed the voices of those still living, or had somebody who had experienced near-death told them what happens?

We took their advice and talked to Mum as if she was sitting there having tea and biscuits with us. However, occasionally, general chit-chat turned to tears as we told her how much we loved her and to go on her way with whoever was waiting for her. But how did we know that somebody was waiting for her?

Twelve hours earlier, Mum had briefly opened her eyes and looked up at me. I spoke to her and wondered if she knew who I was. I didn’t tell her who I was but made sure I told her that I loved her.

Having suffered from dementia for the last five years of her life, I asked myself if her condition was still stopping her from recognising me, and if she saw me as a stranger?

When she looked into my eyes, squeezed my hand gently and smiled, before closing her eyes again, I thought I knew the answer. However, years on, I still wonder if I did have the answer. Why? Because I didn’t have any proof of who she saw when she had looked up at me. However, at least she did know that she was loved.

Do books and movies hold the secrets to death?

Maybe the answers are in the fiction we read and watch? After all, whenever we read a book or watch a movie, are we witnessing what the author or authors believe about death?

When we read about a person being at ‘death’s door’, or watch a film where a death occurs, is the author sharing some of their experiences with us from a previous life they can’t quite remember?

What about those who claim to have witnessed the bright light that appears when they were near death? Are they talking from experience, or is it guesswork? Even if only a tiny amount of what they tell us happens, are they telling us what they have witnessed, or are they merely portraying it?

Do the lights go off when we die?

Is knowing you’re about to die, a gift?

Death is something many of us find difficult to talk about. When my step-father asked me to help him organise funeral plans for both him and my mother, it was something I didn’t want to talk about with him. I felt uneasy having to discuss it with him.

He, on the other hand, didn’t seem to have any problems in asking me to help him put the funeral plans into place. He’d already decided which company he wanted to use, how much he wanted to spend, and what would happen on the day.

After I agreed to help him, I wondered why he had chosen that time to ask for my help. He had, after all, been thinking about death because he already knew which company he wanted to use and what both funerals should include. Nine months later, he suffered a heart attack and passed away. Did he know that the actual day of his death was nearing?

Have I made any plans for my death? No. Why? There’s something about death that I don’t like talking about, yet here I am discussing it with you.

Talking about death makes people uneasy. None of us wants that, do we? However, in some circumstances, shouldn’t the discussion make us feel happy that it’s out in the open?

If talking about death takes pressure off others, why do we still not want to talk about it?

I knew that my step-father was glad when I helped him organise his and my mother’s funerals. He knew that nobody had anything to worry about when he and my mother passed away. It was all paid for, and nobody had to do anything apart from picking up a phone, and report their deaths.

Everything was taken care of. My step-father was happy, and I should be happy because some of the pressure he’d experienced with death was something I wouldn’t have to go through.

If Hell is below us, why do we still bury some of the dead in the ground?

Can only the dead answer the questions we have of death?

Do you ever wonder who the last person will be that you will see before closing your eyes and allowing death to take you on your next journey? Is there another journey after death? Are there journeys for all of us, none of us, or just some of us?

Some of us still have a birthday to look forward to this year, while the rest of us may be looking forward to a birthday next year. But what about our death-day? During the last 12 months, we’ve all passed the date in the month we are going to depart this world (our death-day). Do you ever wonder about that date, knowing that it passes you by every single year?

Does not knowing the date of our death-day make us better people or make our lives any more comfortable? If you knew the date of your death-day, would you change anything about the way you live your life? Would you ensure you became a better person and make the most of every single moment of your life?

Do we become isolated when we die?

Would you visit those you seldom see more often knowing that you may soon lose the chance ever to see them again?

Like my step-father did, would you ensure that loved ones are taken care of by preparing for your death? As well as celebrating a birthday, shouldn’t we all celebrate our death day?

Has the location of our death already been chosen for us?

I’ve often wondered about the place where I am going to die. Is that place already somewhere I know or is it somewhere I’ve yet to visit? Will it be at home? Will it be in a shop, theatre, cinema or a bar? What season will it occur? What day of the week will it be? Perhaps, Friday (the day I was born)?

Will I be with others who all have the same death-day as me, or will I be on my own? I don’t know about you, but I don’t want to be alone when death approaches me. I want to be with people (just as I was on the day I was born).

I’m not sure about being surrounded by my family and friends at the time of my death. I don’t like the thought of them watching me pass away. It wouldn’t be fair to them, would it?

However, being surrounded by total strangers seem alright. I wonder if those strangers are already in my life or if I’ve yet to encounter them?

I don’t like to think about myself dying in a hospital bed or on a beautiful beach in full sun. Although I love living by the sea, the feel of sand on my skin is something I’ve never been fond of experiencing, yet it’s beauty attracts me.

Can I become a rainbow when i die?

I do like the thought of dying while sitting in front of the TV, especially if what I am watching is making me laugh or feel happy.

Does the way we’d like to die change as we grow older?

When I was younger, the thought of passing away while in a passionate embrace was something I thought was one of the best ways to die. However, as I grew older, I started to think about how unfortunate it would be for the person with me at the time. Now, I wouldn’t want to find myself in that position. Would you?

When I pass away, will anything or anybody replace me? How do I convince people not to be sad that I am no longer here? I want them to celebrate my life, not my death. Does grief have to come hand-in-hand with death? Even if it is a stranger who has just entered my life when I close my eyes for the final time, any sadness will be erased away by time, won’t it?

There is something about death that I do know. While we are still here, we should do all we can to ensure that the sadness that often comes with death is not the kind that buries its roots deeply into those that we leave behind.

Do the dead leave us behind, or are we leaving them behind?

Check out my latest short story on Story Chat 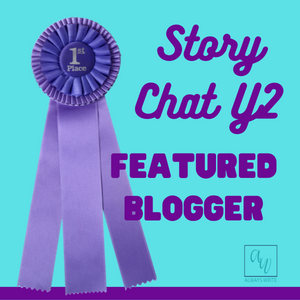 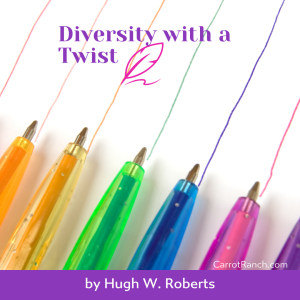