Over eight-million viewers tuned in to watch Jodie Whittaker’s debut as the new Doctor Who on Sunday 7th October 2018, and I was one of them. Read on, as there’s no spoiler alert.

Ever since it was announced, a lot of anticipation has surrounded how Jodie Whittaker would perform as the thirteenth Doctor. There have been mindless and senseless debates as to whether or not it was right that Doctor Who should be a woman, giving me the feeling that many were hoping she would fail in portraying a character that has typically always been seen as male in a man’s world.

My heart sunk during the first two minutes of the opening episode (The Woman Who Fell To Earth). There was little happening apart from Tosin Cole, one of the Doctor’s new friends (not assistants anymore), trying to ride a bike. The views and scenery above the city of Sheffield, on an autumnal day, may have been the attraction in the opening scene, but I knew deep down that it wouldn’t be long before something shocking would happen and that it would take us into the opening credits.

Ten minutes in, there were still no opening credits, but by now I was well hooked onto what was going on. The story unfolded at a nice pace, although when Jodie came crashing through the roof of the steel-plated train and immediately got up seemingly unscathed, I did wonder if her entrance was a little far-fetched, given that she must have come through the roof with some force to have broken through. Not even a hair on her head was out of place, but then I remembered how the last series had ended when the Doctor had fallen out of the TARDIS as a woman.

The comedy element of Jodie’s opening lines in the scenes that took place on the train, that was being attacked by an alien that reminded me of a similar creature that once featured in an episode of the classic 1970s science-fiction TV show Space 1999, was an instant hit for me. Jodie had already won me over, not just because she was a woman in a supposed man’s world, but because her portrayal of the Doctor was already completely unique to anything I’d seen before. The character of Doctor Who was not in the least like any of those who had played the part before.

I loved Jodie’s accent, I loved her sense of humour, I loved the way she ran about the set talking to herself while waving her arms as if to attract the attention of something viewers could not see. I loved the cheeky and direct way she addressed the ‘tooth-faced’ alien when she first encountered it, and I loved the choice of outfit the creators gave her. I could tell simply by the way she was engrossed in the part, that she was enjoying every second and was putting everything she had in to playing the Doctor, without going over the top with it all.

There were a couple of scenes in the episode that was, in my opinion, a little longwinded and silly, but that didn’t stop me from wanting to stay with it to see what was going to happen next. Maybe, just maybe, I could put this down to me witnessing a piece of television history, because this was the first woman Doctor Who, but the whole episode also had a completely different feel to it compared to previous seasons of the show. In fact, it almost felt like a completely new science-fiction show was being born.

If there was anything I didn’t particularly like about the new series, it was that there were no opening credits. I’ve always loved the thrill of that first few minutes of an episode that always led to the hairs on my arms standing on end as the cliffhanger is revealed, the theme music starts, and we get to find out the title of the episode. In last night’s episode, we got none of that until the beginning of the closing credits. I know the new Doctor Who team want to give the show a different feel, but I do feel that they have taken away a piece of the heart of the show by not having an opening scene that leads to a cliffhanger which leads onto opening credits and the show’s musical introduction.

I’ve never seen any problem with Doctor Who being a woman. However, the BBC have certainly struck gold by awarding the part to Jodie Whittaker. Already, now I’ve seen her in the role, I can never imagine there being another Doctor Who. The way Jodie threw herself into the role of Doctor Who has not only saved a classic, cult, show, that had flagged badly in its previous season, but has saved the BBC from destroying a show that many have thought was on a collision course with the vaults of ‘no repeats or return’ deep beneath the BBC.

Click here to join me and thousands of others on Mix, the new social media platform that has replaced StumbleUpon. 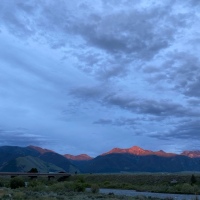 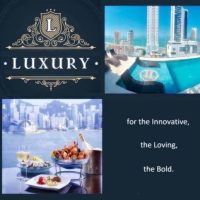 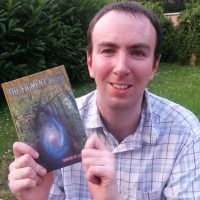 "Very few of us are what we seem." -Agatha Christie

Thoughts (random and intended) from a writer and poet.

Author of The Figment Wars

Thoughts By A Wallflower

My Take On Life

Leap - and the net will appear

Taking steps to live a healthy and enriched life

Take My Words For It